A Green Apple Day of Service project from earlier this year has already gained national attention from the likes of the Washington Post and LA’s National Public Radio for its approach to solving the rapid decline in native bee populations.

Staff at PROSOCO, led by sustainability and environment manager Kay Johnson, partnered with a team of architects at Clark | Huesemann, and researchers from the University of Kansas Biological Survey to combat one of the biggest culprits of native bee loss: loss of habitable space. Unlike honeybees, native bees live in solitude, and normally nest in places like dead logs with beetle holes or hollow plant stems.

A rapid decrease in bee population has garnered recent attention because of the vital role bees play in the food chain. These bees are responsible for pollinating some of our most common fruits and vegetables: apples, peaches, cherries, strawberries, onions, green beans, tomatoes and more. Without native bees, much of the livestock that humans eat would be unable to survive.

For this year’s Green Apple Day of Service, volunteers constructed bee hotels to mimic the naturally occurring tunnels used by bees to lay eggs and nest. Working together with a local Girl Scout troop, they created thousands of tunnels using bamboo, paper, and wood—enough space for a total of about 3,000 bees at a time. 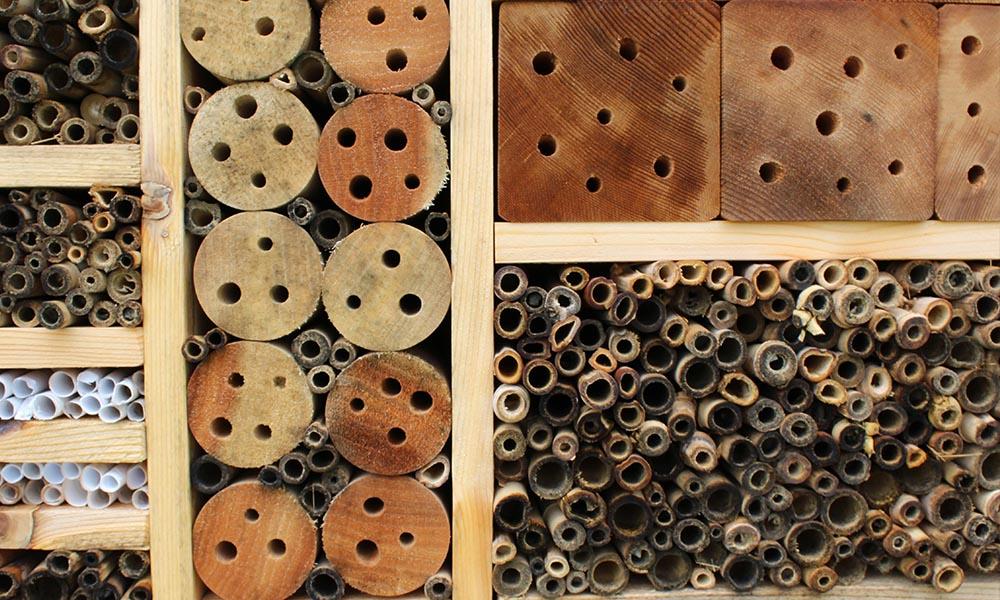 PROSOCO, which produces energy-efficient, minimum-impact products for the construction industry, contributed some of its own building materials to the project. Johnson explained that the bee hotel project was important to the company because of their commitment to sustainability and corporate social responsibility. “We hope to inspire other companies to build their own bee hotels for their local bees,” she said. On how other companies can get involved in the Day of Service, Johnson suggests, “finding what sustainability commitment and corporate responsibility initiative makes the most sense for your company and act on it. Then, tell people about it so they can learn from and be encouraged by your leadership. Every company should have a bee hotel story.”

Bee hotels are not a new idea, but are only recently gaining popularity as an innovative tool to combat the decline in bee population. “Especially in Europe, some of these have been around hundreds of years. So we should have been paying attention,” Johnson points out.

Those who are interested in constructing their own bee hotels can follow an easy set of instructions provided by the National Geographic, or see the group’s bee hotel instructions. Bee hotels are a great way to engage students with the ecosystem that exists right in the schoolyard. Consider this or a whole colony of ideas for Green Apple Day of Service by visiting greenapple.org.